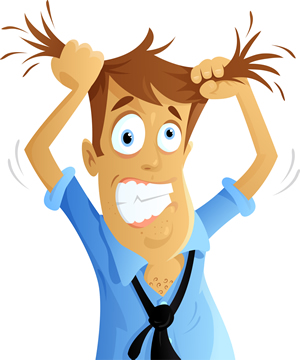 Since the recent update of version 3.4, many users have started to experience issues with their sites not working correctly, particularly due to JavaScript features such as datepickers, autocompleters, etc. failing to work as before.

For plugin developers like myself, it’s a pain in the @!+ as I’m now seeing users run into this problem on a daily basis for a few weeks now, and it has become obvious that the problem in every case is the forced loading of jQuery library files from CDNs, particularly Google.

The aim of loading jQuery libraries from external sources is to speed up page loading time, so no wonder why theme makers jump at this quick speed upgrade.

However, whilst there’s nothing wrong with doing this theoretically, they way they’re going about it couldn’t be more wrong! The various misleading posts circulating the web are most likely the cause of such a widespread problem, and now we’re starting to see the consequences as time passes.

Google OS is taking it to Microsoft’s Playground…


Wow… I joked about this day coming, and here it is!

Google announced today about plans to develop it’s own operating system, Google Chrome OS, based on the Linux kernel and boasting promises of speed, simplicity and security. Oh, and it’ll also be open source.

Google recently launched it’s version of social networking… by tying the sites you visit together via one universal, open platform.

The advantages of adding this feature to your site means that people can join your site by simply clicking one button and signing in using their Google or any OpenID account. This then allows the user’s friends on Google to see they joined your site, making a potential viral marketing oportunity. Not only that, Google Friend Connect supplies you with various gadgets that you can place around your site (e.g. the toolbar you see at the bottom of this blog).


I managed to get a little email archiving system working which I am finding to be potentially quite useful in the future. The beauty of it is that every email going in and out the system is saved onto a google gmail account, which harnesses their power of filtering, searching and labelling!

This setup was specifically aimed at a PLESK-run box but I’m sure it would work on any box with a qmail/qmail-scanner enabled mailserver, actually any MTA with a Maildir format.


Late last year, Google made a switch from the old YouTube API and integrated it into it’s GData API. While an understandable move, it does somewhat annoy me that the old REST method is being depreciated in August 2008 because I don’t particularly feel like updating my code 🙂

Alas, it will happen soon, and so I decided to upgrade some pages that used it. As I don’t heavily rely on the video services, and just use it in it’s simplest form for displaying a list of Videos, I made something quick, rather than install the Zend GData Library Google recommends.

Since GData outputs RSS, I used MagpieRSS to painlessly port my old code and have an updated code up and running. Here’s two scripts that may help with your changeover:

Do search engines index the same page more than once?


I ran into an interesting point recently which arose while trying to SEO a wordpress blog for the first time. I noticed that the site had links to certain parts of the blog outside of wordpress, but used a slightly different URL, which in the eyes of Google et al is a completely different URL.